Home Stories What Successful Logos Have in Common

What Successful Logos Have in Common 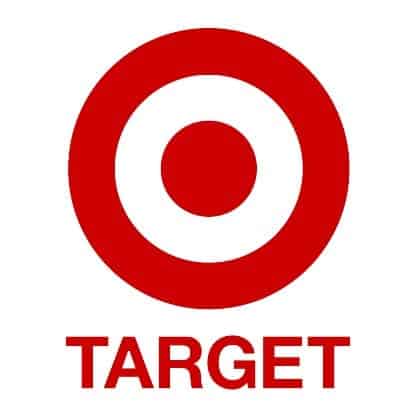 What do kick-ass successful logos have in common? They are simple, memorable and accurately represent the brand’s philosophy. Successful logos stand out in a sea of competitors and make an indelible imprint in people’s minds. Creating a powerful logo can be an incredibly difficult task, but it is worth the time and effort to grab some talented designers and give them the task of transforming an ingenious idea into a symbol. Like most business, you want to build strong brand identity from your business cards, letterheads and envelopes, to packaging and window displays! We’ve gathered 7 iconic logo designs for inspiration. Hopefully, the stories behind some of these outstanding logos will unleash your imagination and help you come up with a one-of-a-kind idea. Learning how popular brands have succeeded in conveying a clear message and turning customers into brand ambassadors can turn out to be essential to creating a dynamic logo of your own. Without further ado, here’s a collection of seven successful logos from successful business giants:

Graphic designer Caroline Davidson created the classic Nike Swoosh in 1971. The sheer simplicity of it makes it memorable and distinctive. The rule of thumb “keep it simple” is tried and true, as complex concepts can turn into a simple, but powerful icon that engages the audience. This logo not only matches Nike’s corporate identity, but also makes it easy for people to identify it. In fact, according to a recent survey 97% of people recognize the Swoosh as the brand logo of Nike. That sounds like it should be obvious, considering how much we are exposed to the brand, but try asking your friends if they can correctly identify a brand by the car's logo. A lot of people get them wrong, while thinking they're spot on - the reason is that repetition is not enough, an identity and cohesive image has to be there for the logo to make it.

The Nike Swoosh was created to represent the wing of the famous statue of the Greek Goddess of Victory (Nike), but it also speaks for speed and motion. Unlike logos that require an updated appearance over the years, the Swoosh has never gone out of fashion.

The logo evolution of Twitter has creating the simplest version of its blue bird to date. Text is no longer needed; twitter’s bird has become instantly recognizable. Simplicity is one of the key elements that make this monochromatic logo exceptionally impressive and eye-catching. In 2012, Twitter updated its bird logo to refresh the brand by changing the color of the bird to a darker blue, and making it larger by using a simple geometric formula. The geometry behind twitter’s logo results in a well-balanced piece of artwork. Twitter’s description of its most recent logo is the following: “the bird in flight is the ultimate representation of freedom, hope and limitless possibility”. What can you take from it? One flat symbolic image can be more powerful than a mix of several.

Amazon.com was named after the world’s longest river. The largest online retailer started out selling books, but rapidly added thousands of other products to its portfolio. The black color in the Amazon logo invokes supremacy and elegance, while orange represents happiness. The message behind the Amazon logo is that it sells everything from A to Z, and the arrow that connects the two letters isn’t purely decorative, it draws the smile of satisfied Amazon shoppers.

What makes it a successful logo and a brilliant one at that too? Beyond the minimalist approach (copy only, 2 colors only) the friendliness of the "smile" helps users and clients associate the brand with pleasant experiences  -even if they have nightmarish ones! They're not the only ones too, LG has a sneaky smiley face in there too. Can you add a smile to your logo? Would it make sense?

Why is the FedEx logo legendary? The FedEx logo hasn’t won over 40 design awards solely for its vibrant colors and bold lettering, it is best-known in the world of "hidden image" logos. For those who haven't seen it yet, there is a right-pointing arrow between the E and x. This arrow symbolizes efficiency and forward motion. The logo's designer, Lindon Leader, said, "The arrow could connote forward direction, speed and precision, and if it remained hidden, there might be an element of surprise, that aha moment." At first glance, the concept of the FedEx logo is pretty straightforward; however, it is not as simple as it looks because it contains a hidden message.  The takeaway? Use negative space to add that "smile" or extra emblem that will help you position your brand, along with its values, in the consumer's mind -without going all Mardi Gras.

The National Broadcasting Company’s (NBC) first logo was unveiled in 1942 when the television network began operations. Since then, the NBC logo was changed several times before the introduction of the famous peacock logo in 1956. The peacock’s feathers are meant to represent NBC’s six divisions. The stylized peacock logo is attractive, energetic and memorable. Again the use of effective negative space simplifies an elaborate idea and the flat colors make a logo from the '40s look fresh and new.

The IBM logo was not always as successful as today. Before the current IBM logo, the old version consisted of a globe. Due to the low impact on its audience, the logo was modified several times until it achieved an appealing and engaging appearance. The simplicity of the IBM logo was instantly successful, and accurately defines the brand name and quality of products. Eight stripes make up the letters of IBM; aimed at suggesting excellence, prestige and dynamism.

The clear takeaway, globes are overused in business, sometimes the best way to go is the other direction.

Target’s Bulls-eye is striking and exceptionally easy to understand. In fact, a 2003 Target study found that 96 percent of American shoppers recognize the target logo. Its red color represents leadership, vitality and the business responsibility of the company. Target’s latest logo uses red block letters in Helvetica font and the current bulls-eye is bigger than the previous version. These updates are intended to in increase brand awareness.

Besides it obviously exemplifying the meaning of the word "target" the logo excels on proportions, text positioning and again simplicity. The saying, “a picture is worth a thousand words” is absolutely true when it comes to logo designs. A mind-blowing logo requires more than nice artwork and proper colors; a good dose of creativity combined with simplicity is the key to creating a brilliant logo. We hope these remarkable logos can serve as inspiration for your own logo design. What is your favorite logo? Leave a comment below and let us know your thoughts.

Wedding Thank You Notes: What are Wedding Etiquettes?