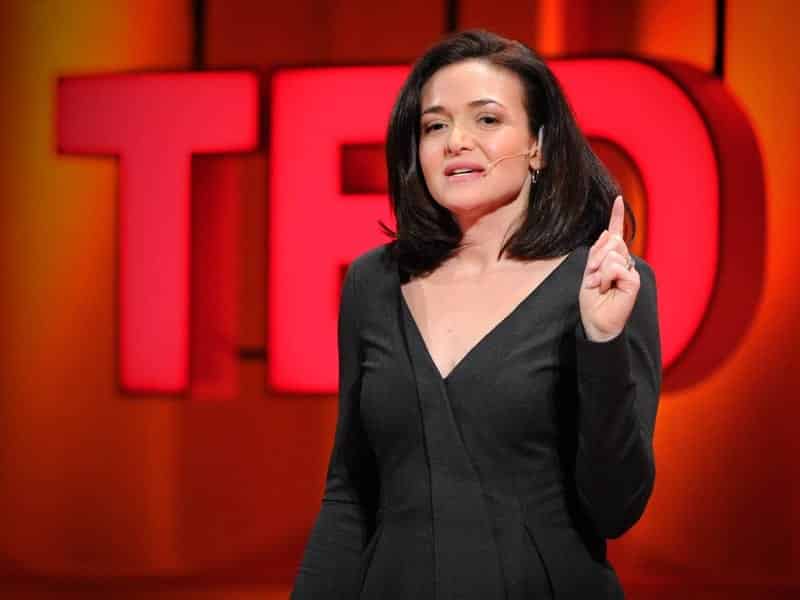 March is national women’s history month and you know what that means: the perfect time for honoring women. Women’s participation in business, politics, decision making roles, education, and, in short, any aspect of society is more important than ever. The fact that women only hold 14.2 % leadership positions at companies in the S&P 500 (as stated by a CNN analysis), leads us to think that gender equality isn’t a reality yet. But, the good news is that there are terrific women that are leaving an indelible mark on the business world. In their honor, we want to celebrate female leaders who have been highly successful at what they do. We’ve chosen 5 out of the 20 most powerful women according to Forbes. We hope their stories motivate you to work towards your goals:

Sheryl Sandberg is the first female on Facebook’s board of directors. Since 2008, Ms. Sandberg has been the Chief Operating Officer of Facebook. Her role mainly consists of helping the social networking giant scale its operations and expand its presence worldwide. Before Sheryl Sandberg took her place at Facebook, she worked for Google for seven years as the vice president of global online sales & operations. She does not only hold a powerful leadership position, Sheryl is also the mother of two children. Quite impressive! Sheryl Sandberg gave a thought-provoking TED talk in 2010 entitled “why we have too few women leaders.” She provides some interesting data related to women in business, points out the reasons why women do not reach the top of their professions, and points out what women should do to increase participation in leadership positions. Sheryl also highlights the fact that women often have to choose between profession, success or personal fulfillment. She gives women three messages if they want to stay in the workforce: “One, sit at the table. Two, make your partner a real partner. And three, don't leave before you leave.” Watch the entire speech here:

Indra Nooyi, the CEO and chief financial officer of PepsiCo, is one of the most powerful and influential businesswomen in the United States. Nooyi received her bachelor's degrees in Physics, Chemistry and Mathematics and later went to Yale School of Management to earn a master's degree in Public and Private Management. Indra Nooyi became the first female CEO in 2006. She was ranked the most powerful woman in business by Fortune magazine, and ranked the second most powerful woman by Forbes for 2015. Today, Nooyi remains with PepsiCo serving as their chair, President, and CEO. One of her greatest accomplishments was the new classification of PepsiCo products into three categories: “fun for you”, “better for you” and “good for you.” She continues to rank in Forbes annual listing of most powerful women in business. Not only has she achieved outstanding success in her professional life, she is married and the mother of two daughters.

This successful woman has been the CEO of YouTube since 2014. Previous to that, she worked with Google as the senior vice president of ads & commerce. At Google, she worked on some of the company’s most important marketing programs, as well as the first Google Doodles. She is not only a powerful woman in business, she is also a busy mom of five kids - Susan often points out the importance of finding a balance between family and career.

Arianna Huffington was born in Greece and studied economics at the University of Cambridge. In love with the art of the written word, she started writing books and then launched the website The Huffington Post in 2005. It only took three years for the site to rank as the most powerful blog in the world. Arianna sold the site to AOL in 2011 for more than $300 million and became president and editor-in-chief of the company’s group. For those who want to know more about Arianna Huffington, listen to this short TED talk where she shares one of the greatest keys to her success: a good night’s sleep. She points out that healthy sleep habits can increase happiness and help us make smarter decisions. Arianna states that people who get enough sleep at night are more productive, inspired and have a more joyful life. Her humorous approach, not only makes the talk entertaining but really interesting:

Diane von Fürstenberg is one of the world's most successful fashion designers. During an interview, Diane stated that her birth was a miracle because her mother was a Nazi concentration camp survivor. Diane has also said she owes her success to her mother because she was very strict and raised her to be a strong, independent woman. Diane von Fürstenberg is the founder of the luxury brand DVF with revenues estimated at $500 million. Her clothing line is now sold in over 70 countries. Additionally, Diane is a married woman with two children. These five women stand out in diverse industries, but they all share a common thread - they are determined, committed to their jobs and most importantly, they love what they do. The result? They have achieved great success. We hope the stories behind these successful women in business are a great source of inspiration and motivation for you to do great things in your life and follow your passion. Beyond these 5 successful women, there are countless women in every corner of the world that deserve to be honored. Which female leader do you most admire? Inspire other women to take leadership roles by sharing your thoughts in the comments section below!

How to Create Custom Business Card in Illustrator CC

Tips for Streamlining Your Catalog Printing - 060

Beautiful Large Format Printing - Getting the Message Out