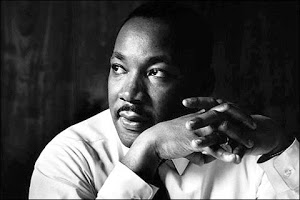 On what would have been Reverend Martin Luther King Jr’s 85th birthday, we wanted to pay tribute to his life and legacy with inspirational quotes that still hold great meaning.  Martin Luther King’s life may have been cut short, but his messages of peace, love and acceptance still impact society not only in the United States but throughout the world.  His words continue to teach us that striving for good and fighting peacefully for what you believe in is a natural human right.

This January 20th marks Martin Luther King Day, a celebration of a life dedicated to equality and human rights. He has left a print on the world that will never be extinguished.  We are proud to commemorate this great American hero by listing some of our favorite Martin Luther King quotes.

Quotes to live by:

This Martin Luther King 2014 sit back and take a moment to reflect on what is truly important and the liberties that we so often take for granted.  What are your favorite MLK quotes?  How do they inspire you to fight for the causes you believe in?  We want to know!

We hope our favorite 20 Martin Luther King, Jr. quotes will motivate you this January 20th and always!